The NL(“Lookup”) function can be used to provide Lookup to the Users so that he can select from a specified list of values when setting their report filters. This will allow them to see the list of options available to them in regards to a particular report filter.

The most common (and basic) use of the NL(“Lookup”) function is to simply pull a list of values from the database.

For example, if a list of customer numbers (“No.”) from the “Customer” table is desired then the function would look something like this:

The resulting lookup that the user sees would be: 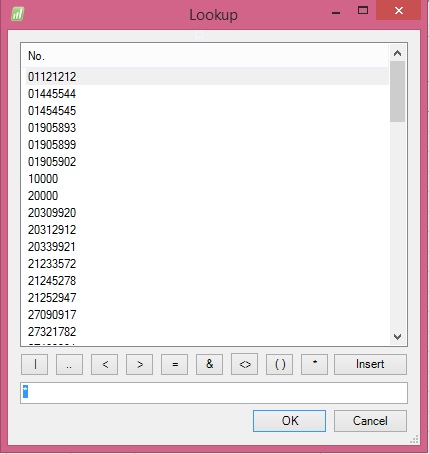 It is also possible to allow the user to see more than one value from a particular table. This can help the user to make a choice more easily by displaying additional details about the values returned.

If the fields to be shown are the “Name” and the “Country/Region Code” associated with each customer “No.”, the resulting function would look something like this:

The resulting lookup would be:

NOTE: The first field in the array is the field that will be returned by the Lookup form.

In addition to selecting multiple fields to be displayed in the list, it is also possible to customize the headers, that appear at the top of the Lookup window. This can be done by placing “Headers=” in one of the FilterField parameters of the NL(“Lookup”) function.

For example, instead of the field names appearing as “No.”, “Name”, and “Country/Region Code”, it has been decided that they should be displayed as “Cust. No.”,”Cust. Name”, and “Cust. State” to the user.

To do this, “Headers=” will be added in one of the FilterField parameters, and the desired names will be placed in the associated Filter parameter. The function should look like this:

The resulting Lookup window would now appear as:

In addition to returning a list of values from the database, it is also possible to manually specify the values that will be returned.

This allows you to present the user with a list of values that are not stored in your database. The syntax that will be used is slightly different. Since data is no longer being returned directly from the database, the Table parameter is no longer used to specify the table that the information will pull from. Instead, an array containing the values to be displayed is placed in the Table parameter of the Lookup function. The Field parameter will then contain the list of column headers of the Lookup window.

To create an NL(“Lookup”) function that will display “East”, “West”, “North”, and “South” for Directions, the function will be:

The resulting lookup window would now be:

NOTE: It is important to place the field name that will be displayed at the top of the Lookup window (in this example “Direction”) in the Field parameter. Omitting this will not display any values in the Lookup Window.

In addition to placing the values in the NL(“Lookup”) function itself, a cell reference can also be used. The following example will display the exact same result as the previous example, but the values are specified by a cell reference instead of text.

It is also possible to display multiple columns in the Lookup Window by utilizing cell references. To achieve this, another column of values will need to be inserted next to the values that we are already displaying. Once this is done, the cell reference in the NL(“Lookup”) function will also need to be expanded to encompass both columns of data. Since multiple columns are now being specified, names for these columns will also need to be defined in the NL(“Lookup”) function as well. This is done by using the array syntax that was described above in order to specify the field names in the Field parameter, in this case “Direction” and “Description”.

Below is an example of what this would look like:

Will come up with more details in my next post on this.

Stay tuned for more details in my upcoming post. 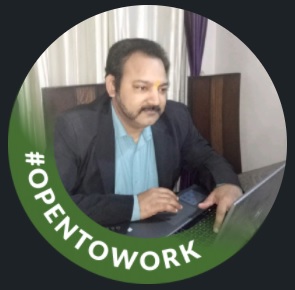