Do While is the simplest of the looping constructs in PowerShell.

A looping construct is basically a piece of code that repeats the same action over and over again to a set of iteration, it loops through a set of statements, doing some action in each of its iteration, until some condition is met or that set of statement is exhausted.

Do While is simply a construct that says to PowerShell, “repeat set of things until some condition becomes true”.

For example, let’s set up a control variable called count and give it an initial value of one.

Then, let’s set up a simple Do While construct that adds 1 to whatever value of count is already in that variable, until the variable has the number 10 in it.

Write-Host “The current value of the variable is $count” 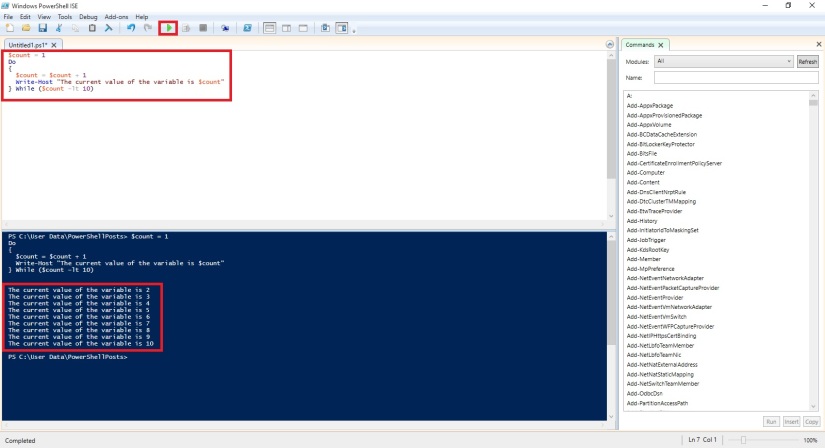 Another way of doing same is:

You can also set up a Do While construct so that your set of commands only executes when the condition is true. You just need to eliminate the do statement, and only use while.

Write-Host “The current value of the variable is $count” 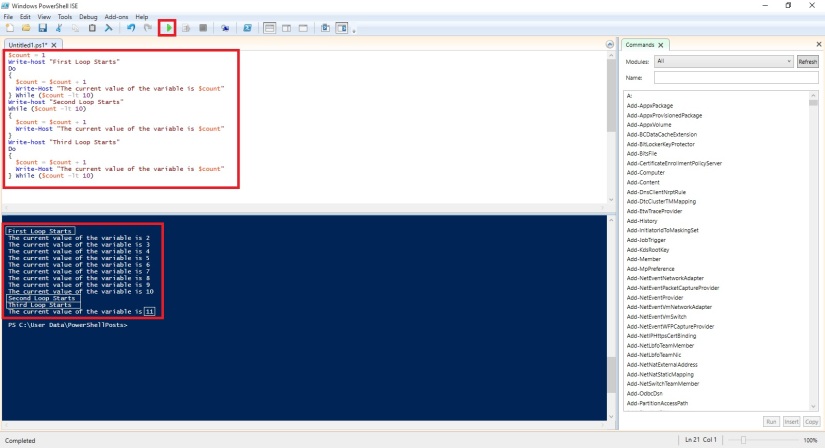 I will come up with more stuffs in my upcoming posts.

Till then keep practicing and stay tuned for more details.